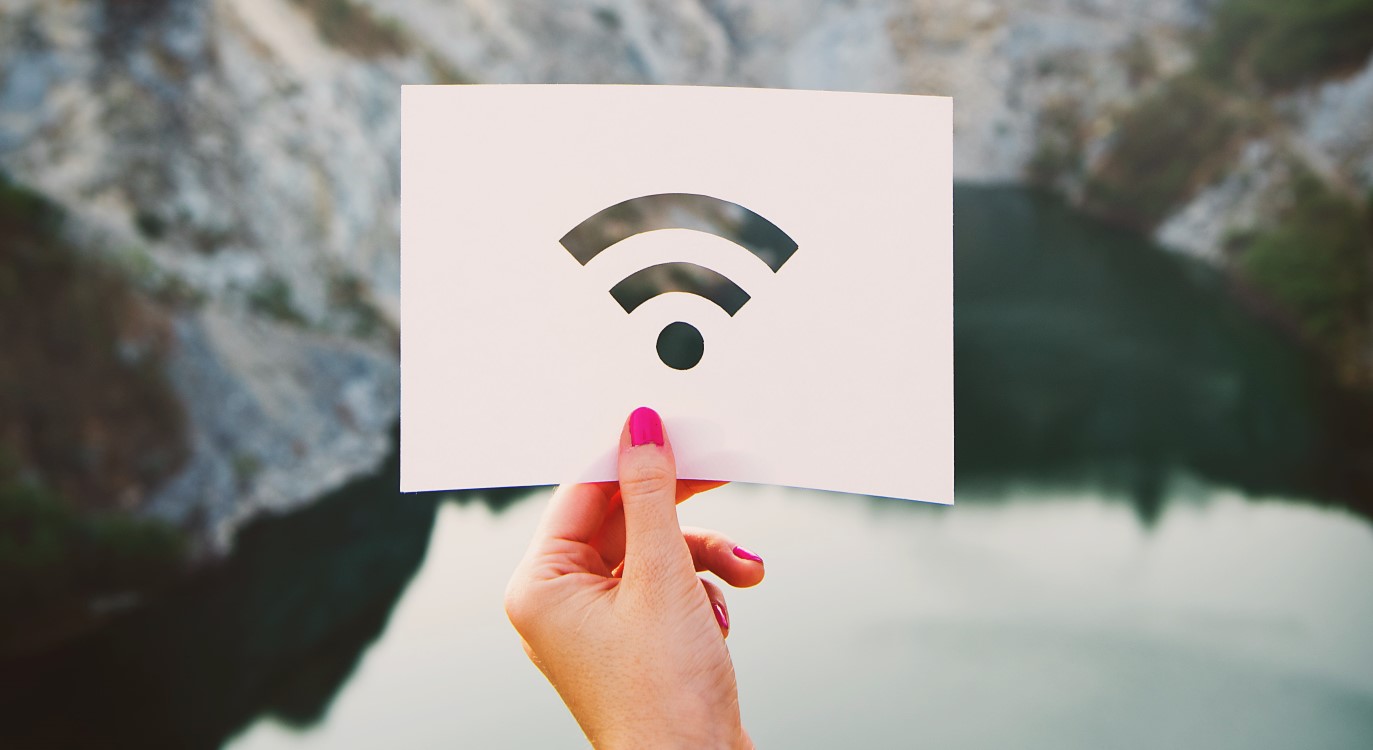 The Origins of Wi-Fi

The Origins of Wi-Fi

Wi-Fi is technology available almost anywhere you go in modern society. From your local coffee shop to kilometers up in the sky while you’re travelling abroad, Wi-Fi is so readily available that it’s easy to take it for granted. Professionally, Wi-Fi helps us be productive no matter where we are or what time it is. Personally, it allows us to effortlessly connect with each other, whether we’re at home or on another continent.

But when did our relationship with Wi-Fi begin, and how have its capabilities help shaped the ways we interact with the world around us?

According to Digital Trends, Wi-Fi originated as a marketing term acting as an abbreviation for ”wireless fidelity”. Functionally, Wi-Fi utilizes radio waves to connect a user with wireless networks and high-speed internet connections.

Unlike earlier adaptations of internet connection, such as dial-up services, Wi-Fi removes the need for complicated physical wire sets and instead takes advantage of the radio frequency portion of the electromagnetic spectrum.

Wi-Fi technology in its current state has been evolving for over a decade, with the speed and ease with which we access these networks continuing to provide new opportunities to connect and browse.

Most likely, you use Wi-Fi regularly for both work and for play, and may even be reading this via a quick connection right now. To access Wi-Fi networks, individuals require Wi-Fi enabled devices, including computers, laptops, and mobile devices. New products like the Apple Watch have also moved into the Wi-Fi enabled market as of late, and any device boasting smart functions can be connected by a user to nearby networks for a reliable internet connection.

Why Was Wi-Fi Invented?

When we think about the reasons Wi-Fi was initially invented, it’s crucial to consider the ways we take advantage of these networks today. Wi-Fi is an extremely important facet of modern society, as it allows us to connect with the rest of the world—and its information—at any time.

GetVoip has shared some interesting facts surrounding the history of Wi-Fi, dating back to 1971 when the University of Hawaii introduced ALOHAnet, an early rendition of Wi-Fi which ran using Ultra High Frequency radio waves. However, this system was a far cry from the Wi-Fi we’re used to. It required “seven computers spread across four islands,” but the technology did give users the chance to communicate with Oahu Island without traditional phone lines.

As time pressed on and the need for sophisticated communication channels increased, exploration of the wireless spectrum and its connective capabilities continued. From the Federal Communications Commission’s introduction of open network use under the acronym ISM (Internet, Science, and Medicine) to the first proposition of a concept similar to a modern hotspot in 1993, there were an abundance of developments and discoveries necessary to design the Wi-Fi technology we use today.

When Was Wi-Fi First Introduced to Consumers?

Until 1997, WaveLAN and Wi-Fi were regularly utilized and researched by universities and governmental organizations as a way to share information and connect with ease, but they were not deployed on a large-scale basis to consumers until the 802.11 committee—and in turn, the IEEE 802.11 set of standards—were put in place.

IEEE 802.11 is the official set of standards or protocols demonstrating how we can communicate using wireless frequencies such as Wi-Fi, including wireless local area networks (WLANs). After its introduction, IEEE 802.11 continued to be a guide in the development of modern Wi-Fi, leading to router prototype creation, and in turn, Wi-Fi became available for personal home use in 1999.

Modern Wi-Fi Capabilities and the Internet of Things

For many of us, a reliable internet connection is the basis of a lofty chunk of our work, entertainment, and even personal relationships. Hotspots and Wi-Fi Access Points are standard in most restaurants, airports, hotels, and even public parks. But now that we know more about the origins of Wi-Fi, what direction will humanity’s relationship with this technology go?

Not only has Wi-Fi shaped the way in which we interact personally, professionally, and as a larger part of modern society, but its services are supported by a huge range of consumer electronic goods and digital devices.

This surplus of electronics available that are connected to Wi-Fi in order to operate effectively – and share information – is part of an emerging industry known as the Internet of Things (IoT). Webopedia defines the IoT as an “ever-growing network of physical objects that feature an IP address for internet connectivity, and the communication that occurs between these objects and other Internet-enabled devices and systems.”

Of course, Wi-Fi and IoT developments show no sign of slowing down. With over four billion people in 2019 having access to the internet in regions around the globe, it’s increasingly important to have a well-rounded understanding of how we interact with Wi-Fi daily.

Whether you’re an enterprise decision-maker or a freelancer working in a local coffee shop, Wi-Fi will most probably continue to be an almost essential technology in your life. As Wi-Fi’s capabilities continue to grow, modern society will grow alongside it and continue to build a safer, more efficient, and well-connected world.